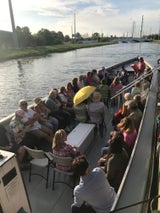 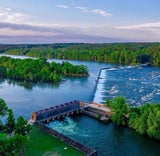 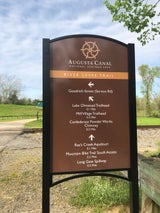 Join us on this day trip to Augusta. Time will be divided between the Augusta Canal cruise and time to exlore the Discovery Center museum. Then we'll enjoy a Southern fare catered lunch! All included, with motorcoach, and Jacque and Kent escorting.

Well-informed guides narrate the open-air trips on Petersburg boats, highlighting the 19th century textile mills, the Confederate Powder Works and two of Georgia's only remaining 18th Century houses as you float by. Keep watch for wildlife, as well.

Located in a former textile mill, the Augusta Canal Discovery Center tells the story of industrial revolution in the American South and how a city used its waterways to reinvent itself and define its destiny, with exhibits, film, and gift shop.

There are about 20 stair steps down to the boating area from the Discovery Center. We need to know in advance if this is a problem.

Non-refundable after September 15th. You may find someone else to transfer your spot to after that point.